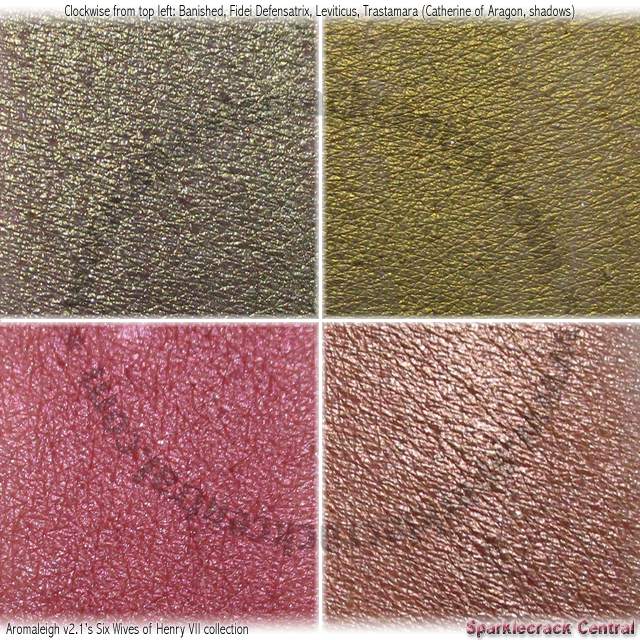 Originally started in September 2016 and intended to be a series of six monthly releases…it got stretched out a little bit, as releases were delayed. The sixth and final wife (Catherine Parr) finally got her collection-release in July 2021. The first three subsets were initially released with twelve items each, then got whittled down to seven. (Personally, I think that seven items - two face powders, one lip color, and four eye shades - is good for a series of related collections like this. Each subset forms its own small but still full-face palette.) The final subset was initially released with five eye shadows, two face powders, and one lip color.

This collection is broken down into five parts (five, because the final subset - Catherine Parr - hasn't been released as of January 2021.)

Catherine of Aragon (released in September 2016)

"Bound to Obey and Serve"

Anne of Cleves (released in November 2019)

"God Send Me Well to Keep"

"No Other Will Than His"

If your makeup brushes are feeling a little coarser than usual, use a little dab of your hair conditioner.