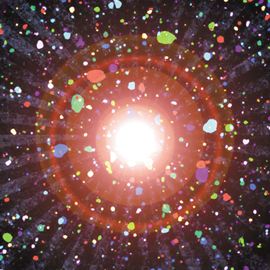 This is the beginning of the final full week of my spending ban. It's been fairly good - I've broken it only once (to get the Maybelline limited-edition color tattoos, because those always go fast) and while I'd found some other things that I thought I wanted to get, now I'm comfortable waiting a bit longer. So I've had the fun of browsing, but have started to develop a better sense of what I need to get fast if I really want it, versus what I can wait on and see…do I really want/need it, or is this an impulse-purchase?

While I've been busy starting the new job and eyeballing the expansion of Stila's smudge stick lineup…the Buxom Lip Polish collection has exploded. For quite a while, there were no additions to the regular lineup, but they added new variants (lip cremes, and the full-bodied lip glosses.) Now they have 100 shades of the “original” lip polish, in sheer to opaque. Looking at the lineup, it seems like they've brought back several colors that were previously only in the collections. Which is cool. Annoyingly enough, they've also re-used names of colors that they either haven't brought back, or brought back and just renamed. There was a shade in the Rockstars collection that I particularly liked - a semisheer gilded peach shimmer that made nude lip colors look absolutely amazing on me. It was called Julie. There's a Julie in the new lineup…but it's either a semisheer or a full color bright pink shade. Pretty enough…but I really want the old Julie! Where's that one?? And going by the artwork alone, they've brought back some other colors, and given them completely new names. The shade formerly known as Sunny (from Sailor Girls) has been christened Melissa…if it's the same shade. Misty is back, now named Emma. Marina *might* now be called Evelyn. Or possibly Tiffany. And Skipper? The one that I really would have loved to see? Hell if I know. I can't seem to find that one anywhere. (Oh come on, people…the least you could have done is provide an equivalency chart. That would have been fantastic. Let people find their old favorites. But nooooo, you've got to either send people on a snark hunt, or we'll just say Nope, I'm good, I have enough of these to last me for another decade at least, I'm not buying any from the new lineup.) At least the price hasn't gone up.

In other news - totally good this time - Beauty from the Earth Cosmetics has found a buyer who will be moving the existing inventory to their home base…if they haven't done so already. (Crystal's note on the Facebook page said “later this month”, which is March, and we're near the end. So either happening very soon, or is already done.) To commemorate the re-opening, BFTE will be releasing a new collection: Coffee Shop 2. Folks who just couldn't get enough of the original collection will now be able to get a second one, as well.

Also from the indie front, Meow Cosmetics seems to be waking back up with a new set of eight of blushes to accompany its Stripped eyeshadow collection! Meow has some totally amazing blushes, so folks will want to check these out. They're a little on the softer side for my personal preferences, I think; but I haven't received my sample set (heck, I haven't -=ordered=- my sample set yet) so once I get a chance to swatch these, I may change my mind.

Wear healing lip balm at night. It helps keep your lips from chapping, drying, or peeling, especially in winter.

This pencil was also available in the Hang Teal kit before it was in the It's a Dream kit; but...   Read more »

This is not one of my favored mascara colors. When Colourpop had this sky-blue shade available, I passed on it....   Read more »

I love that we've got another deeper berry shade in this collection. This shade is richer without being a deep...   Read more »